PROCEDURES TO CONTRAST AND CONTAINMENT Covid – 19

As required by the last DPCM customers must keep the safety distance of at least 1mt during the following operations:
– check-in,
– re-boarding from each island,
– disembarking on the quay,
– ordering at the bar on board.

Please wear the mask on board and avoid any situation that may lead to gatherings.

anytime customers get off from the motorship we will sanitize all the spaces.

In the event of a customer’s renunciation, Navigazione Savadori SRL will fully refund the amount collected, only in the case of a return received 48 hours before the start of the trip

Savadori Navigazione SRL, reserves the right to give notice of the trip at any time, even on the morning of the excursion, in accordance with law No. 1084 of December 27, 1977 with no other obligation than that of the refund of the sums paid.

The departure will be established in FAVORABLE marine weather conditions

Since the excursion lasts about 12 hours, this company tries to start the ship only in optimal marine weather conditions.

If the trip is postponed it will be moved to the first available date.

After 2/3 of the trip, Savadori Navigazione SRL has no refund obligation

In case of unfavorable weather and sea conditions, the captain, for the safety of passengers, can decide not to pass in front of the “Sciara del Fuoco” and head for the port of departure.

NB: The parking times on the island of Stromboli are changed according to the duration of the light of the day so as to be under the Sciara del Fuoco all dusk

The arrival and departure times from and to each island expressed on our site or on the flyers are to be considered INDICATIVE as they are subject to weather conditions – marine, maritime traffic and services by the Port Authority

The exact departure times are communicated exclusively by the captain, or by the guide on board, on the day of the excursion upon arrival near the islands.

In order to avoid unpleasant inconveniences, it is advisable to follow the voice on board which reminds the synchronization with the Captain’s watch so as not to risk losing the ship for a few minutes.

Arrivals and departures at each port are governed by the Coast Guard and therefore it is not possible to wait even one minute after the established departure time.

The on-board staff will help you as far as possible to reach the next island by advising how to activate and which boat to take.
– The islands are connected to each other by hydrofoils.

The cost will be borne by the passenger.

Each passenger must have their own boarding pass. The wording “TICKET PAID” is shown on it, meaning that the landing contribution of € 2.50 / € 5.00 has been paid.
The boarding pass must be presented to the flight crew every time you re-embark at the end of the stop on the island and, in the event of a check on the ground by the staff of the Municipality of Lipari, the passenger must show the pass boarding to avoid incurring high fines

It is strictly forbidden to wait for the boat to arrive on the quay.
Before arriving at each island, the Commander will establish the meeting point and communicate it via microphone. At each meeting point there will be a member of the crew recognizable by his shirt and yellow billboard.

Please take a seat on board the ship. Bags, backpacks and various objects must be housed under the seats or above the tables.

It is advisable not to spend the whole time of the trip on the upper deck, in order not to risk insolations or heat stroke. The upper deck is ventilated and very often you do not feel the actual heat to which you are exposing yourself.

On board it is strictly forbidden to smoke even fully open as ash and cigarette butts can fly at eye level.
The smoking area is in front of the bar. 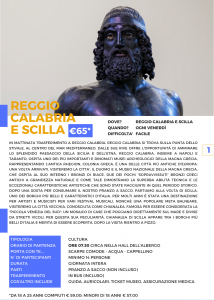 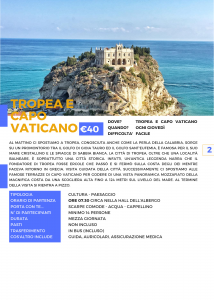